Since its launch in 2009 Bitcoin has become accepted in increasing numbers of shops and services around the globe. As of writing this post there are 9326 places listed on spendbitcoins.com and 4359 on coinmap.org. If you happen to have Bitcoins, you can use them to pay for pizza, manicure, artworks, web hosting, geeky t-shirts, online dating and even Space travel. But why did an IT consultancy (aka: we) decide to accept Bitcoins, and to deal with it at all? Few weeks ago an article was published in a local news-site (in Norwegian) about us accepting bitcoin where we gave some reasoning. We thought to take it one step further and talk a bit more about the “why” behind it.

It all started with our developer Jakob, who showed great interest in Bitcoins. Since then we held sessions both internally and openly about introducing Bitcoin to people (see picture). For free, because sharing is caring. Here in Norway Bitcoin enthusiasts just started to form nests of interest. Here is one facebook group operating in Norwegian and this meetup group mostly in English.

Bitcoin for beginners – intro to the “what” and “how” of Bitcoin

Bitcoin is an open-source currency, and open source principles were always close to our heart. Collaboration, transparency, sharing and empowerment is just a better way to build software – or anything new. In case you are not hooked yet then I can warmly recommend this or this article.

The fun of learning and playing around with new stuff

Playing and experimenting is an important part of our work-culture. We nurture new ideas and and let everyone play around them. Since the first sparkle of interest showed up in the office already at least 5 people bought bit-cents in the company. I myself have 0.04 bitcoins and learned a great deal of new tech (thanks, Jakob). And we will all be millionaires in a few years from the rising value of Bitcoin, just like this guy!

…Well, probably not, as Bitcoin is extremely volatile and is subject to speculation. The point is that it is totally worth using few bucks to experiment around something new and fun. 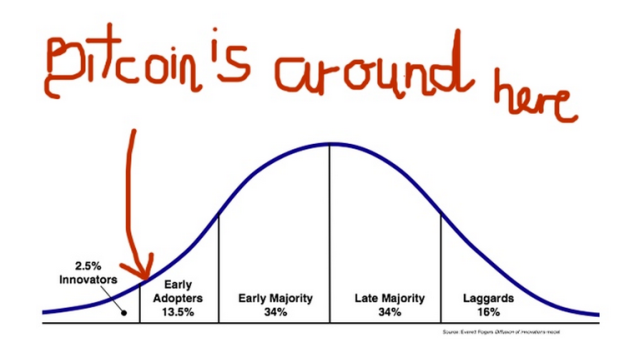 We spend quite a lot of time working with innovation and have special interest in change that might or might not disrupt the market. An essential part of innovation is the ability to see the potential of an idea applied in other industries or context. Just like any other new inventions, Bitcoin for sure has lots of untapped potential. It´s extremely interesting to be with from the beginning and watch it scale (Or die. Who knows.)

Regarding the scepticism and regulatory gaps around cryptocurrencies I bet it will take a while till our first client shows up with the will to pay our services with Bitcoin. (Note to our Office Administration and accountant: just chill, no need to freak out. Yet.) Innovative ideas take their time to scale. But we nevertheless did our first step to be Early Adopters.

About us: Iterate is a group of skilled coders with business interest and business developers with IT interest. We combine entrepreneurship and growth strategy to develop digital solutions. Our drive is IT and innovation.

About the author: Rita works with creative development and background logistics. She can´t really code, but loves to learn and experiment with IT, and tech in general.